RNT involves using mechanical input in a novel way during movements to influence proprioception and reflex stabilisation. By emphasising the “mistake” an athlete is making during a given movement using gentle force, the movement is reflexively corrected without cuing.

Consider valgus collapse of the knee during a lunge. Putting extra valgus load into the knee to emphasise the “mistake” cause a reflex correction because the brain is more aware of the alignment. 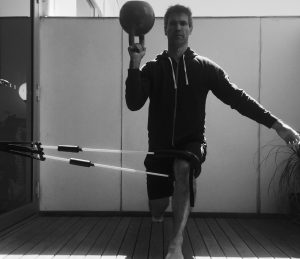